Detroit is the most dangerous city in the United States. There is a murder a day and armed robberies occur over ten times more often than in the average American city. Although I didn’t really feel the need to - because I didn’t feel threatened in any way - I left everything I wouldn’t necessarily need for my scouting expeditions at the place I was staying. Within the first few miles I walked through Detroit I realised the poverty, the hopelessness I had experienced on my bus ride the day before. But more on Detroit and how this former industrial super city turned into the mess it is today a little later.

I decided to visit  the iconic Fisher Building. Why is it iconic? It was left the way it was build in 1928 since there wasn’t any money around to renovate it. Luckily so, because stepping into the lobby of this huge skyscraper is like travelling back in time. Everything looks so antique. Dispite of it’s great location and it’s stunning architecture almost all commercial spaces inside the Fisher Building were… you guessed it: Vacant. 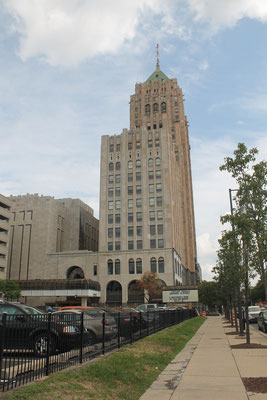 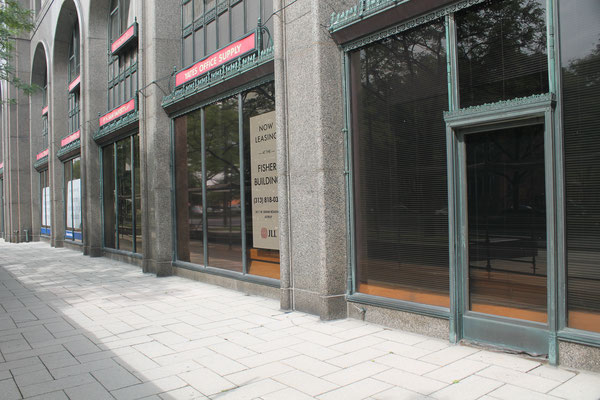 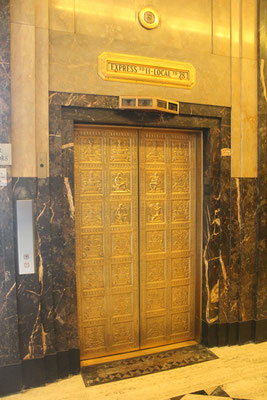 The Historical Museum of Detroit was my next stop. As I walked along the exhibits and read explanatory texts, something started to attract my attention. I read about Chrysler’s history in the automobile section of the museum. The  text praised the entreprenuership and american values the Chrysler Company incorporated and still incorporates to this day. After reading this text you might have thought that the company was still in the hands of Mr. Chrysler and very American. Had I not known that FIAT now owns Chrysler I would have thought: ‘Wow, great job on continuing this great company, America!’

This may be a trivial example but now that I thought about it, I had encountered this sort of incompleteness of information quite often without even thinking about it. Let me give you a few examples.

In Baltimore I visited this ship from the colonial war, remember? Prior to it’s colonial endevours, I was told by the guide, it had been deployed for duty in the african region in the 17th and 18th century. Of course this meant transporting slaves over to America. If you know about slavery it is easy to make that connection, but by leaving out unpleasent details, kids and people who haven’t been taught this piece of history might have difficulties recognising the historical context, thus making them unaware of and insensitive to a pivotal part of the(ir) past.

I found the same thing in the entire Historical Museum of Detroit. The population growth in the tens and twenties of the 20th century was emphasised and explained extensively. But the massive population decrease after Ford and GM cut back on production in the late fifties and sixties was barely even mentioned. I had to look it up on the internet:

Detroit’s population shrinked heavily within the past 65 years due to Ford relocating their production overseas and GM facing bankruptcy. The population dropped by about 2/3 from over 1.8 million in 1950 to less than 690.000 in 2013 and is continuously decreasing. About half of the adult population is unemployed. 80.000 houses including massive skyscrapers are vacant due to the lack of housing demand. Companies have been moving their headquarters and production out of the city, leaving Detroit with a hugh pile of debt of about ten times it’s annual revenue. The crime rate is higher than in any other city in the US due to high the unemployment rate and an extremely weak educational system. The state of Michigan has tried to turn things around by implementing several expensive programms to make the city more attractive to companies and tourists but none of them were successful. Of course, all of that wasn’t part of the exhibition even though it is a very important and visible part of Detroit and it’s history. Because it is inconvenient. It is too negative. Instead, the great achievements of the past were thematised. It was a praise of the regional history while completely disregarding anything real. Of course you see this kind of denial in the American past and present a lot. Vietnam, Afghanistan, Iran, Peru, Chile, Colombia, Venezuela and Panama are just a few keywords I want to mention in this context.

I apologize for getting off topic a bit. I just wanted to let you know about this because I think that it’s an issue I’m going to have my fair share of discussions about in Ann Arbor. I will go into detail about this in a separate text which won’t be a blog entry. I don’t want this section to become too political!

Alright, but now let’s focus on the rest of my day. It was good, because now I can honestly say: At night, Detroit is quite alright to look at. Alex, an American teacher I was sharing my Airbnb flat with, took me and two other guys on a nightly cruise around downtown in his car. Alex had lived in Detroit for over 30 years so he knew his way around the city and showed us a lot of places we never would have seen if we had gone out on our own. He told us about a lot of neighborhoods which used to exist, which used to be very busy and important but were deserted now. For example Chinatown was completely dark and abandoned. Well, it was dark because 40% of Detroit’s street lights are turned off to safe money anyway but I mean Chinatown was EMPTY! Noone lived there anymore. Just to show you the difference of Detroit during the daytime and Detroit at night I’m going to put a few pictures and a video right next to each other so you can see what I mean:

After returning home from our cruise, we sat out on the porch and had a cold beer. The evening was warm and a light breeze tickled our skin. That was a side of Detroit I could come to terms with…

The next day I walked around the city… a lot! People were still smiling at me all the time so I knew I didn’t have a booger on my face the other day. They just were that nice.

I visited an old Ford production plant, I checked out the Motown Museum and stood in the exact  same spot as Stevie Wonder, Marvin Gaye, The Jackson Five and The Temptations when they were recording their superhits and I took a long walk through a nearly abandoned district. I didn’t feel unsafe  at all, I just felt sorry for the city. It had to take a lot of crap in the past 65 years… Let’s hope things improve in the future.

When I arrived at the flat Mrs. Williams, our friendly downstairs neighbor, was “selling” her self-made gift boxes on the street right in front of our house. I put “selling” in quotation marks because she wasn’t actually  selling any of her boxes. She just kept waving them at passing cars but none of them seemed to be interested. I did what any decent human being would do in this situation and told her the gift boxes were gorgeous. Instantly she started selling me one of the boxes.

And probably she was right. My mom loves horting garbage. I explained to her that my bagpack was too small to take a box with me and she understood.

“Alright, but they gon’ see me on the TV or the internet or som’ and everybody gonna wanna piece of this, boy.” she said, just as a shiny stick-on letter fell off the box she was pointing at, took another one down with it and the lettering on the box only said “ift ox”.

“Yes” I said and had to oppress a smile. “Actually I have a blog. Do you want me to promote your boxes?”

So guys I just found out about this awesome place today. They sell really cool gift boxes and you should definately buy one if you ever find yourself in Detroit, to support the local artist. She is called Mrs. Williams by the underground scene but nobody knows her real name. Rumour has it that she put all her energy and craft shop coupons into making these gift boxes: 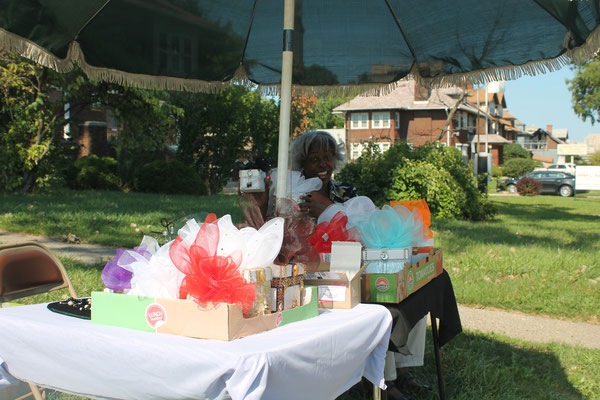 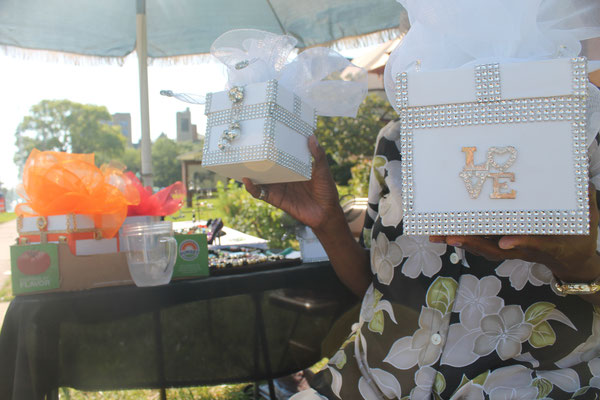 Of course I kid Mrs. Williams. She is great and her gift boxes are definitely… something.

Tomorrow I’ll leave for Ann Arbor and I’m really excited about it.

I’m sorry this blog entry was kind of long and abstract. I’m always trying to keep it as short and funny as possible but I found it important to give you a little bit of background information on Detroit because the story and condition of the city fascinated me in a weird way. Do you like this kind of blog entry or do you prefer the short ones? Let me know in the comments!