I was approached by a police officer and burnt by the sun. Here is  what happened in the last two days before the semester:

“Hey come over at 9” was the text message I received from Sam, a new buddy of mine who lives at the truth co-op house, at exactly 8:54. Obviously I didn’t make it on time because it’s a twenty minute walk from my house to truth but when I got there at 9:30 everyone was tipsy already. Americans tend to start their celebrational activities of any sort quite early and finish them early too.

“Hey Marius, man!” Sam said upon my arrival “We’re just about to leave for the block party.”

A block party is a popular night  time activity in Ann Arbor. Several hundred students meet on a small section of a street and participating nearby houses provide alcohol and restrooms. Since drinking on public property isn’t permitted in the US, the police usually shuts  down the party as soon as they can gather a sufficient number of  officers, and then leave the party site just long enough for the party to pop up again. This procedure repeats itself a number of times until the police shuts down the party for good.

I was very excited to be part of the shut-down, rather than the party itself. When we arrived I hadn’t had too much alcohol yet, so we bought some and as I talked to some students just about 40 minutes into the party, the police arrived. I was excited and ready to run. I threw my beer bottle in a trash can – I might be a criminal but I’m still considerate of the environment – and scanned my surroundings for the most efficient escape route. Just as I had found a perfect fence to jump, someone tapped on my shoulder. I turned around and froze in shock. It was a police officer. Before I could even think about running she said:

“Excuse me, could you please leave the site?”

“Thanks  so much!” she replied and resumed asking people to leave.

Sorry guys, I know you enjoy watching me suffer but turns out the police doesn’t care about these block partys. They shut them down because they’re required to and they will arrest one or two underage drinkers but generally… they don’t give a shirt. 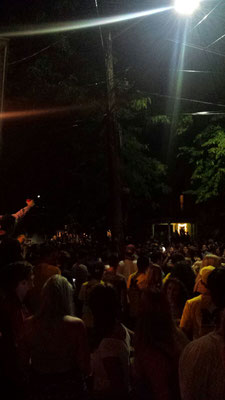 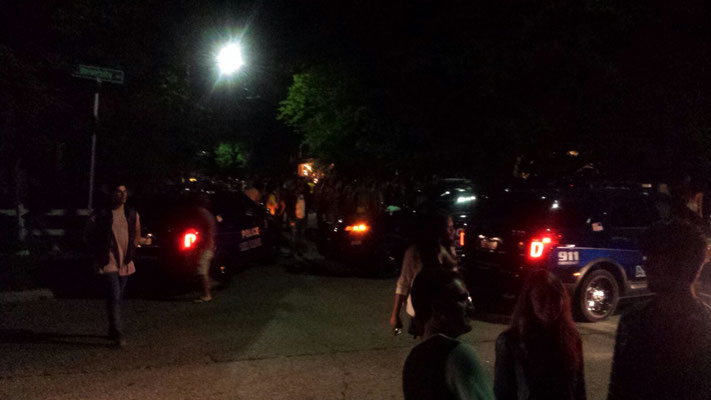 On Sunday I had to recover from my hangover. I mostly spent my time sleeping on the couch and sleeping in my bed. My italian housemate decided to make some proper pasta with tomato-basil sauce in the evening, which did a lot for me in terms of recovery. It was italicious:

Monday was Labor Day, resulting in me having some free time on my hands to spend the day kayaking with a group of international students. It was so much fun and so much sun. When we were done after about three hours of intens roasting on the sun-flooded river, I was baked and not in the good way. Actually I was so sunburnt that when I grabbed some dinner at Subway later on, a guy told me I had a nice sweater… I was wearing a red T-shirt!

Well I guess I’m going to pay for forgetting my sun lotion at home tomorrow. And I’m not talking about the inescapable pain of my irritated skin here. I could endure that. But my mom’s going to terrorise me relentlessly about making such a dumb mistake, when she finds out about this. And she will! (Mainly due to the fact that she reads this blog on a regular basis – man why did I tell her about the internet – but she has her ways of finding out anyway) 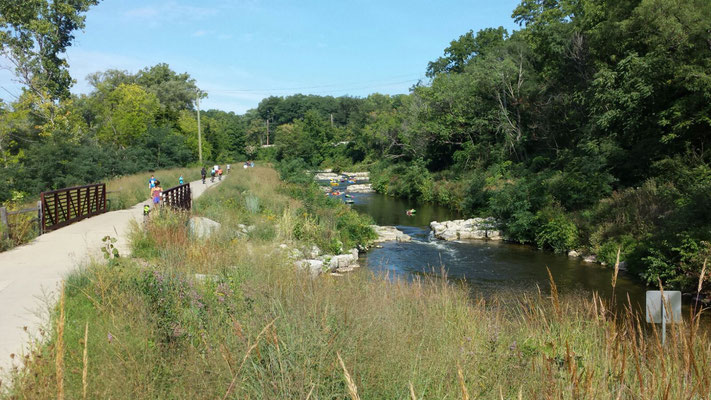 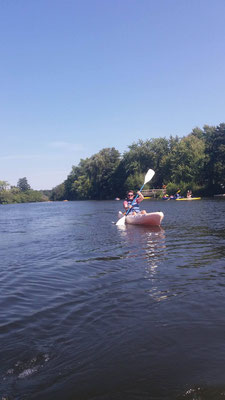 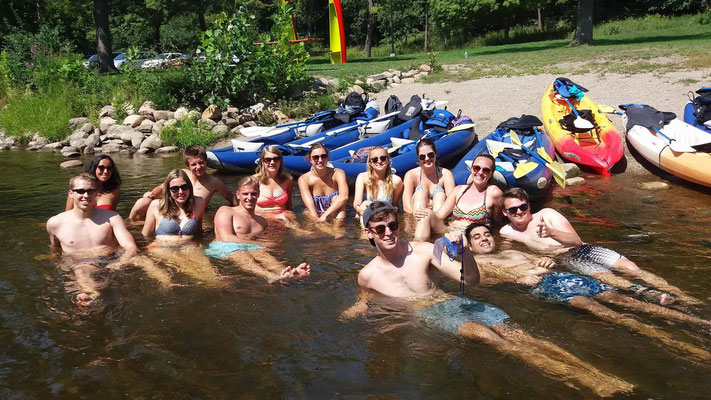 The semester is beginning tomorrow. Just in time for the commencement of the study season, I bought myself a nice and sturdy desk…

Ok, so originally it might have been intended as an ironing board, but you really can't tell the difference between this and a $200 desk, so I guess I'll consider it a bargain!

I’ve got a full-on 9 hour day to start with so we can finally get into the academic part of my journey soon! I’ll let you know how it went.