Let's pick the story up, right where we left off.

The second day started out great. After a quick breakfast we made our way to Chinatown. When you're in Chicago why go to Chinatown you ask? Well, our friend Hunter's family lives in Chicago's Chinatown. After having a look around all the asian shops and architecture, we visited Hunter's grandma in her retirement home. She was without a doubt the sweetest old, chinese lady I personally know and while that might not say too much since I don't know any other old, chinese ladies, I've got to tell you: She was absolutelt lovely. Even though she had difficulties walking, she was always on the move. Preparing some food for us, giving us candy and even providing everyone with three dollars to "get a soda". She was a full on grandma and reminded me of my grandmothers a lot. She and her husband only spoke cantonese, so we couldn't understand them (and my still very bad mandarin wasn't of any use either) but felt really close to the two anyway: 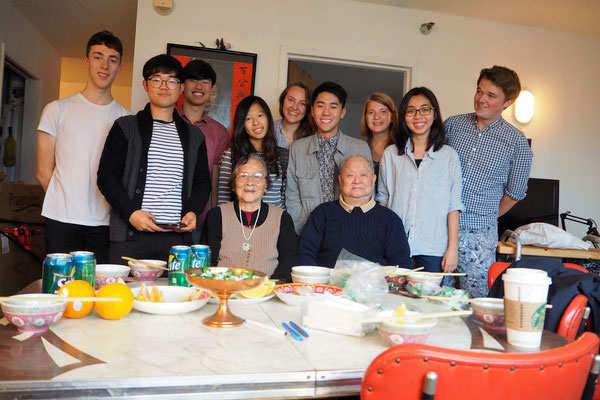 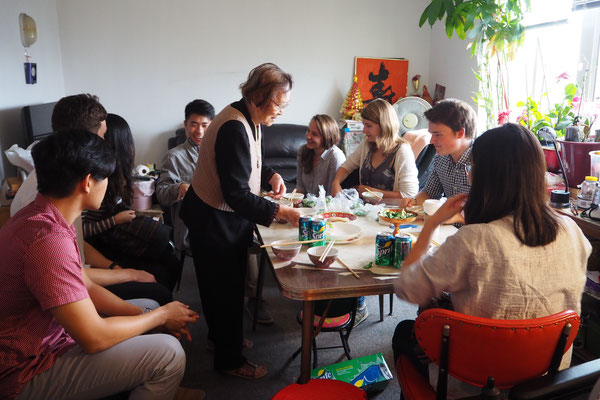 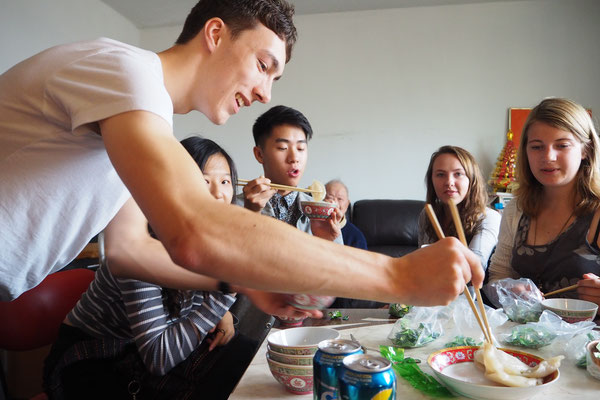 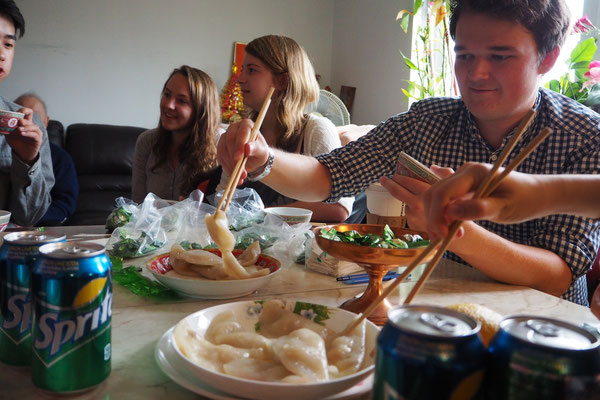 After this friendly encounter the day got even more interesting and more chinese. Much. More. Chinese. So chinese that I found myself about thirty minutes after leaving the retirement home at a restaurant somewhere in chinatown with two chopsticks in my hand and tucked between them a cooked chicken's foot. How did I get here? I don't know. Across the round, foot-packed (and turning) table, sat Hunter's parents. They had treated us to lunch and were excited to find out whether we enjoyed authentic chinese food.

As I looked down at my chicken's foot I wished there was something less weird in it's place. I'd rather eat a cow's intestines or something (and I was about to eat that just a couple of minutes later, I just didn't know about that yet). The other Europeans looked quite scared too, but when we finally took a bite, I have to say, it wasn't too bad after all. I actually took a second foot - I mean you can't stand on one foot - and so did the others. I tried everything on the table and most of the food was enjoyable! So thanks to Hunter's parents, I guess! 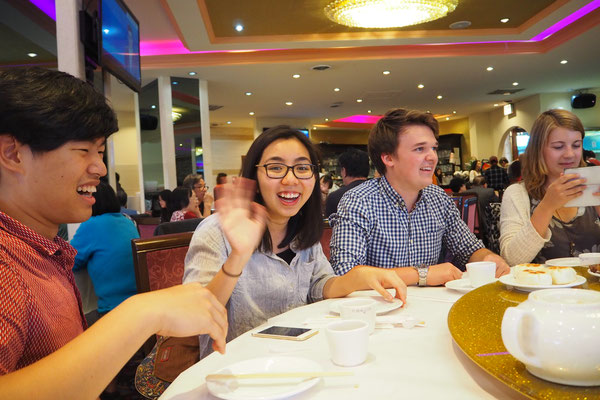 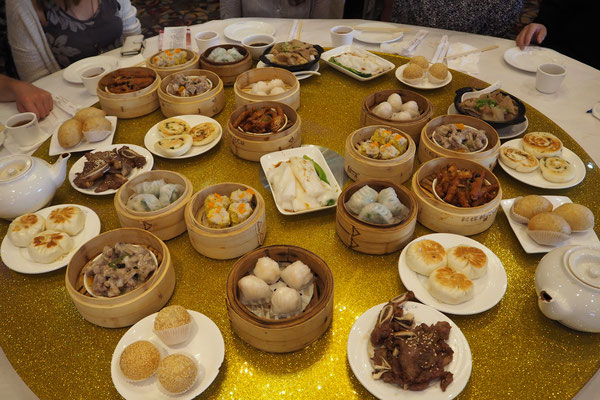 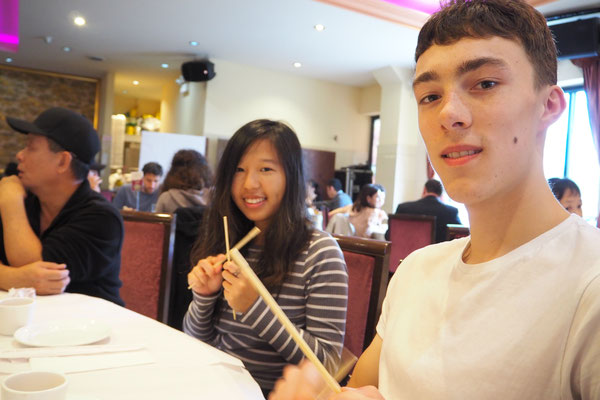 Leaving Chinatown we felt very full but also very satisfied. The remaining agenda for the day included visiting popular photo sights, eating at a very american restaurant and watching a jazz performance in the hotel district. So basically being as tourist as possible. The only way we could have seemed any more touristy, is if we had taken pictures (especially selfies) anytime, anywhere and of anything. Oh hold on, that's exactly what we did!
(Especially Ho, a korean friend... Look at him taking a picture of a wall there on the mid-left. And Anny wins "weirdest photographing position" for the picture in the very middle!) 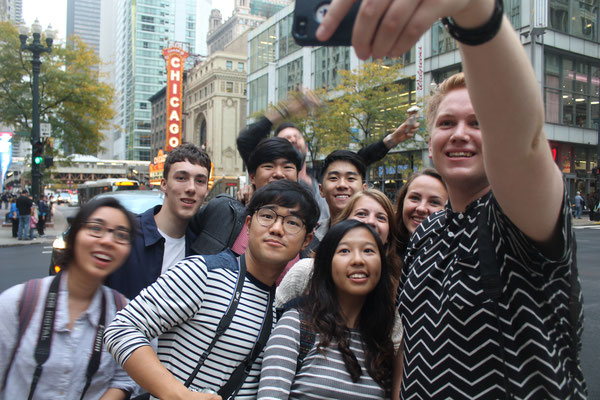 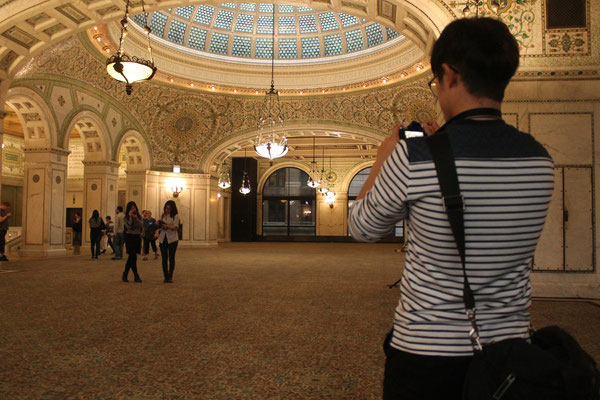 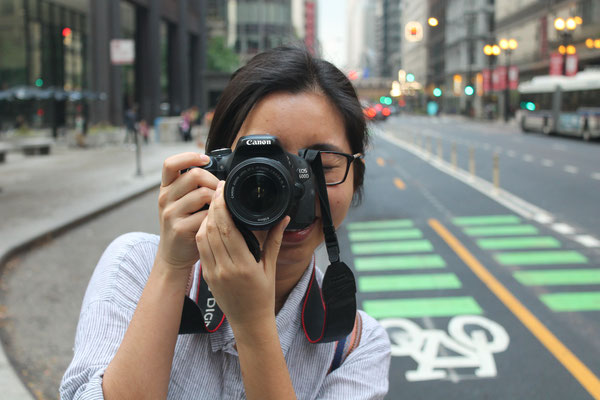 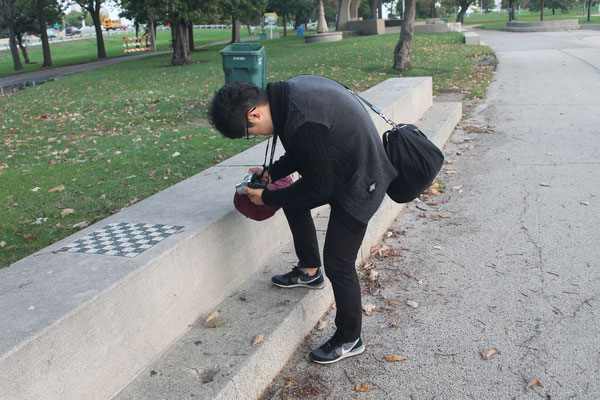 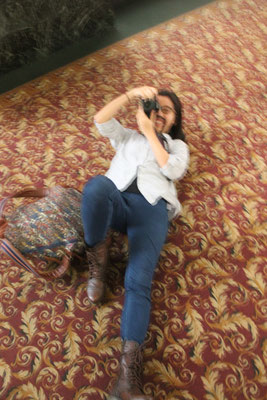 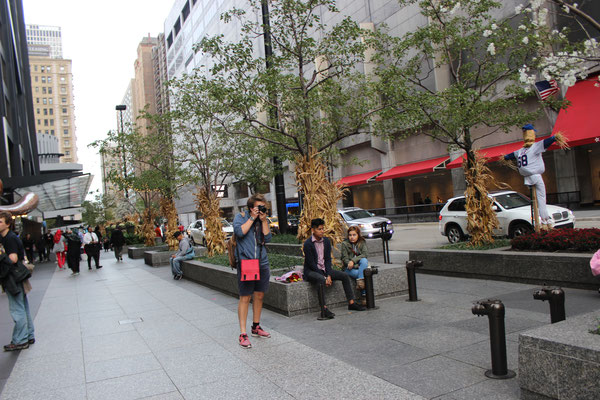 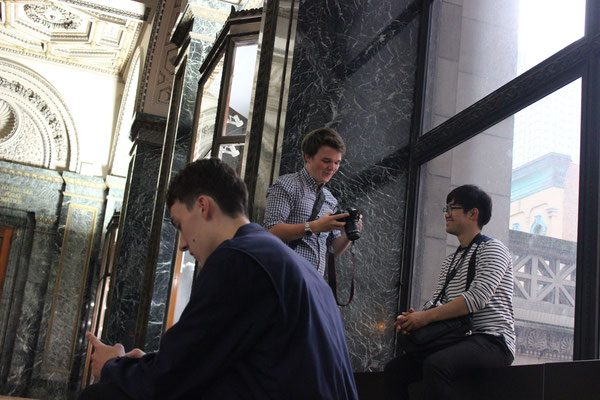 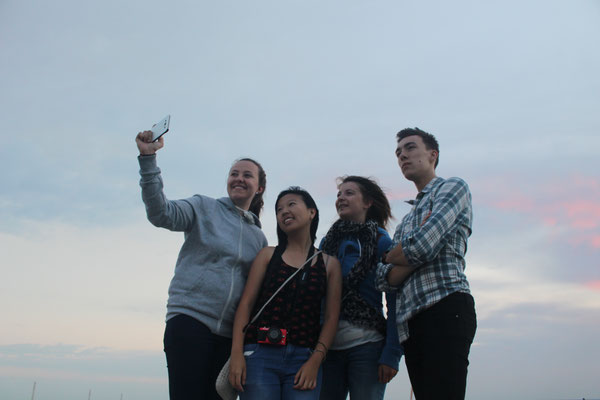 Normally I try to be as little tourist as possible. Firstly to not annoy the locals and secondly to immerse myself into a culture more effectively. Although I have to admit, that being a tourist was fun for a change, I will go back to my non-tourist existence from now on.

We did visit several recognisable places throughout Chicago, though:

A huge bean-shaped mirror in Millenium Park. I guess this thing is the reason for Donald Trump doing most of his business in New York rather than Chicago. He might have to look into a mirror that's big enough for his ego and realise that he's a massive blockhead.

No idea what it is or why it's there but it looked photo-worthy. Plus, it was blue... a fountain... how weird is that? Right?

I don't know whether this is or was an actual ballroom, but it certainly looks like one. The ornaments and mosaics were stunning! This was a huge building, so it had an art exhibition as well. Definately recommendable, especially if it's raining outside.

After having dinner at Shakes Shack (an american fast food chain I wouldn't recommend, because expensive and small portions), we went down to the riversite. The view from inside the skyscraper forest was breathtaking. It was dark and the moon and the citylights were the only thing we could see. A calm breeze blew through our hair and at that moment it felt like the world stood still.

A little later we wanted to proceed to the jazz performance, couldn't get in because we had minors in our group, so we just went on to a film festival at the AMC Theater. That was over when we arrived, so we decided to walk home along the lakefront and get up early in the morning.

How early exactly? That's the funny part: To see the sunrise over Lake Michigan. Funny right? Haha, yeah, if you had seen our faces when getting up at five in the morning you wouldn't have found it all that funny! It was scary, but eventually the subway shook and the morning breeze blew us to full consciousness on the way to the lakefront.

I rarely say this, but the sunrise was totally worth getting up early for. Check out the pictures: 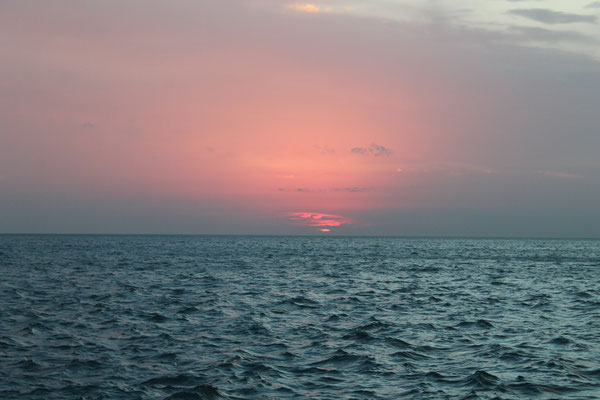 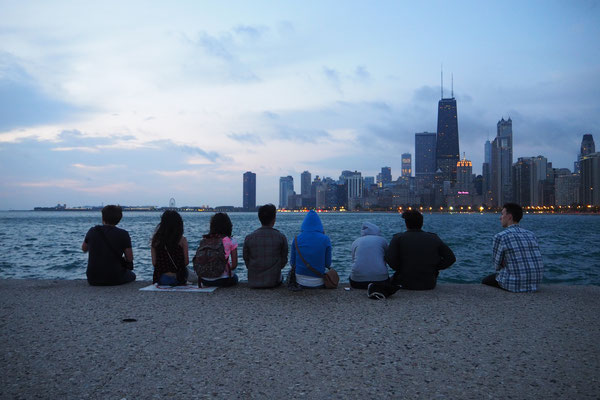 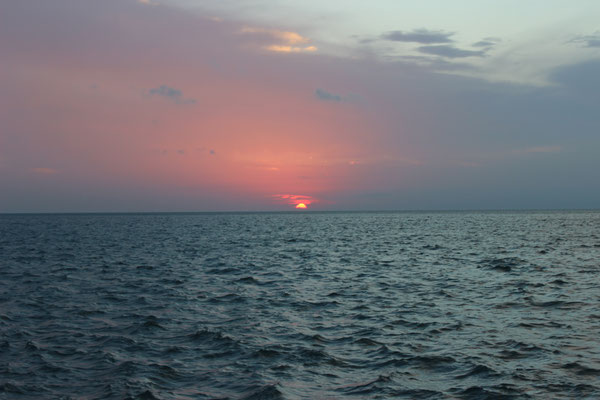 Watching Chicago come to life on a Monday morning was a great experience but made us quite hungry, too. We decided to go for brunch and then, after getting on the subway that would take us away from the (very good) brunch place, it was time to say goodbye. Ho and I had to leave the group, since we both had meetings in Ann Arbor on Tuesday. When the others left the subway and left us behind to go on to the coach station, Ho and I looked at each other, quite sad that we had to leave. When we looked back at the window, we saw the others waving at us in a ridiculously dramatic fashion. All of us had to laugh and so did a few passengers... We'd see the gang in Ann Arbor in a couple of days.
"Have fun, guys." I screamed as the doors closed and the subway slowly pulled out of the station.

To be honest I didn't get to do most of the activities I had planned on do doing. But that is absolutely fine. It was super fun to travel around with these guys and do stuff I wouldn't have done if it wasn't for them (eat a chicken's foot, for example). I am pretty sure I will be back in Chicago around St. Patrick's Day (they die the river green), so I'll just do all the things I initially wanted to do then.

Big thanks go out to Anny and Ho for letting me use a couple of their pictures for the Chicago blogs!