There is no "WE" in Barack!

So my homeboy Barack is in town today. I wasn't let into the venue because I'm a foreigner! Ok... they said it's because I didn't register for tickets earlier but to me it felt like I was discriminated in some way. Or at least I told myself that to make it easier to miss out on such a major event. Ann Arbor is a very poor choice to rally the day before the elections, though, since everybody here is going to vote for Hillary anyway. But after eight hard years of presidency Obama probably just wanted someone agreeing with him for a change. Whatever, I don't even think he is the most powerful man in the world... Tim Wiese is! (If you don't know him, look him up) Anyway, this is how close I got to B.O.: 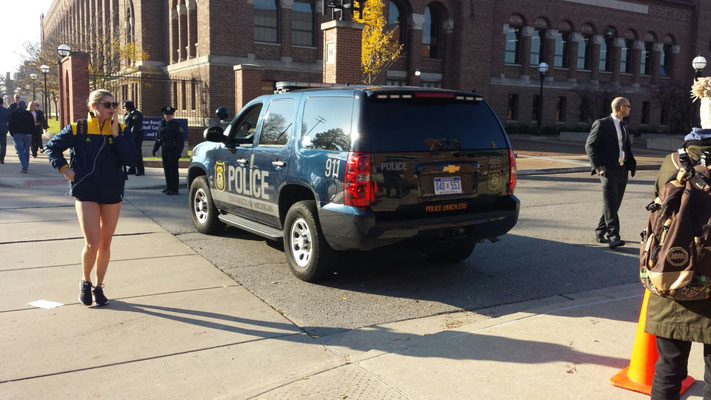 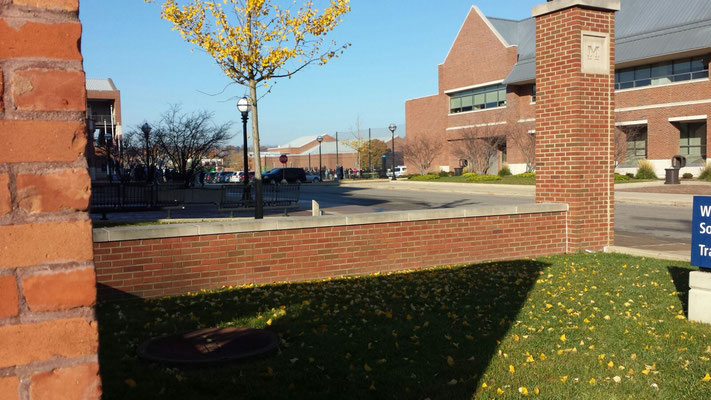 Not even remotely close. Who cares about Barack Obama anyway as long as we got Sasha? You don't know Sasha? Good! You do know Sasha? What the fudge is wrong with you? You've got to be German! Actually Sasha is a German... "artist"... who was born and raised about 30 minutes by car from where yours truly entered the world. I discovered one of his records at my local thrift shop the other day - while I was popping some tags - and just couldn't believe it... People know him? Do you need proof? I would have needed proof in order to believe this crazy story:

I am starting to overcome Barack's rejection already. I'm good at being rejected. I practice a lot! And as unsurprising as someone rejecting me is, there was something today, that caught me on the wrong foot: It was daylight savings. And man, did I forget to turn back my clock!
I got out of bed an hour early, I showered an hour early, I left the house an hour early, I arrived at uni an hour early and I entered the classroom an hour early, just to find that there was a Spanish class in there before us, but at the time I realised that (I was still sort of tired) I was already halfway through the class and had everybody starring at me. I looked at the class, then at the teacher. The teacher looked right back at me and didn't say a word, obviously still in disbelieve over how rudely she had just been interrupted. I took the opportunity to dig deep in my Spanish skills from high school and slowly started walking backwards:

I don't have too much time lately but I will try to provide you with a live commentary of the final stages of the elections. I will start at 8 pm Michigan Time and 2 am ECT tomorrow. I'll be watching TV and comment on everything that happens via my Blog. I'll try to set it up, but I'm not sure whether it will work out, so let's see!