This stove is on fire...

First things first. Why did we name our turkey Brian?

Because of an awkward misunderstanding between me and my roommate Woitek, where he told me the turkey would have to be "sitting in the same brine" and not "no kidding, named Brian". While he was trying to explain to me, that the turkey has to sit in marinade for about a day, I thought that he had given him a cool name. As things cleared up, we had a laugh and kept calling Brian "Brian".

We took out the weird stuff, that came with - and inside - the turkey for free (the neck, the heart and something else that didn't look very healthy), and marinated Brian for a day. Thanksgiving morning, we took him out of the marinade, smeared him with butter and crammed seasoned breadcrums up his... you know. Finally, we let him stew for a good 6 hours. Here is our progress in pictures: 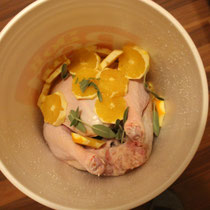 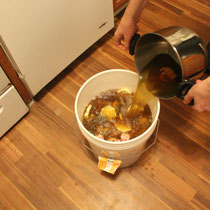 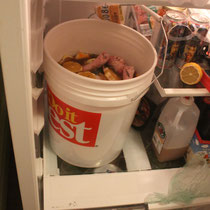 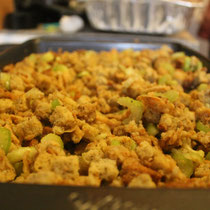 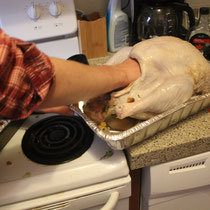 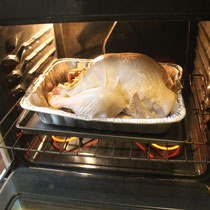 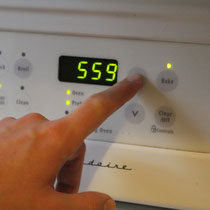 Preparing the sides was more exciting. Not because it is super fun to mash potatoes, but because we set the kitchen on fire in the progress. Twice. The stove caught on fire and that was enough to set off the fire alarm, which seemed to be even more annoying than german fire alarms. After we had smashed the device - because, why would it stop when you just take out its freaking batteries? - and our ears had stopped bleeding, we resumed putting out the fire, which had spread concerningly quick while we were busy taking care of the alarm. Unfortunately I only have pictures of the very early stages of the fire, because when it intensified I had to, you know... put the camera away to save my life and stuff: 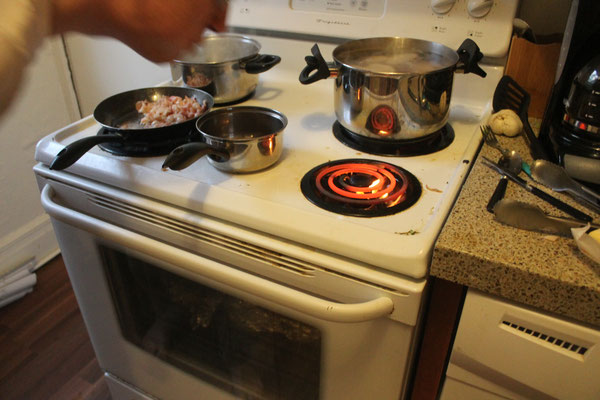 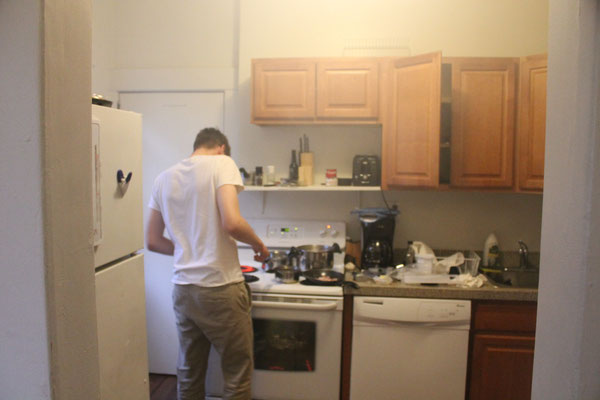 The food was absolutely delicious. Woitek, who had taken care of making this Thanksgiving original, had outdone himself. We had a nice Thanksgiving for three after a very exciting day of preparation. And we will be eating left-overs for many days to come! Thanks Brian, for your final sacrifice! We will never forget you! Say hello to Harambe in animal heaven. 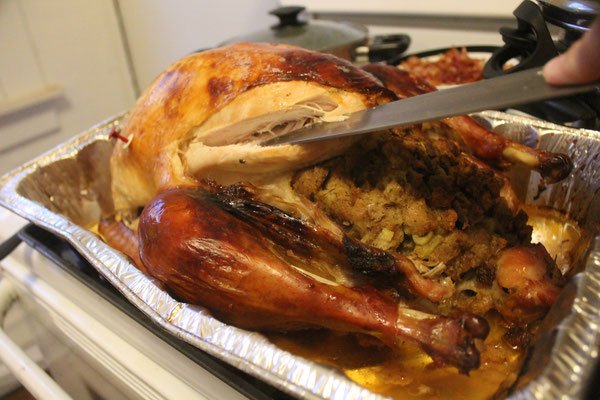 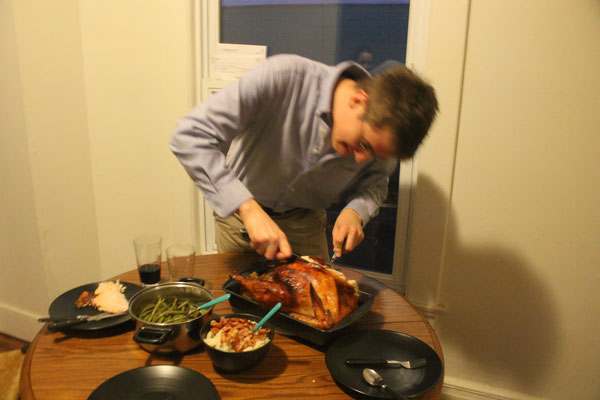 Thanksgiving was over, so now I had time to regroup, right? WRONG! This Friday was not any Friday, but Black Friday. Oh yeah, that means young guys pushing over old ladies to grab the last pair of support stockings for their grandma. It means mommies fighting over childrens' toys, while babies are crying in their buggies. It means capitalist anarchy.

When we arrived at the mall, much less as shoppers than spectators of this annual mayhem, we were shocked. We didn't see blood and chaos everywhere. There was barely any crying going on and the shoppers didn't seem to be less respectful than usual. The shops had stocked up very well and weren't even close to running short on items to sell. The prices were, for the most part, low but not super low and after 4 hours I hadn't bought anything. Caroline, who had attended this "crazy" event with me, was carrying a bag containing a few clothing items and Woitek bought a TV a little later for $89, which is cool, because now we have something to watch sports on (watching the major sports is free in the US).

The day was exhausting but fun. I didn't even take any pictures, because there was nothing to take pictures of. Maybe my expactations were too far off or maybe I was still on adrenalin from when our kitchen caught on fire, but I survived Black Friday and it wasn't as hard as I expected it to be.