We're gonna have a ball tonight...

Believe it or not, this weekend was actually one of those rare occasions where I had the chance to maintain my social life. I didn't have to do too much for uni and... Haha, who am I kidding, of course I had to do shirtloads of work for uni, I just chose to ignore it!

The University of  Michigan's Quidditch-Team - yes, just like my home university in Tübingen the UofM has their own Quidditch-Team - threw a Yule-Ball, similar to the trimagic ball in "Harry Potter and the Goblet of Fire". We had managed to get our hands on a couple of tickets before they sold out and were absolutely psyched to go. There was a little problem, though... The ticket said "Formal Clothing" was required. Taking into account that I hadn't even brought long trousers to the US, you can probably imagine what my most formal outfit looked like... Exactly:

This meant I had to either buy or rent more adequate clothing. You won't believe how expensive renting a tuxedo is: $90 for a night... Jesus Christ! Here's just a short list of better ways to spend $90:

3. Go to see Transformers 4 in the cinema six times (and as everybody knows, I think Transformers 4 is a shit movie, thus underlining how ridiculous the price for renting a tux really is!)

I decided to buy a tux instead. You may think to yourself now: 'Well, that just seems like another one of Marius' massively idiotic ideas, because if renting a tux is $90 then how much would you spend on buying one?'. And you'd be correct to ask that question. But in life - and I pride myself on having proven that repeatedly - the most idiotic ideas sometimes turn out to be the best ones... if you have a plan! So I went to the thrift shop, hoping the gay cashier who had given me a 75% discount on my Christmas decorations would be there one more time to safe my day. He wasn't. But luckily the elderly woman behind the counter seemed to be into me, as well, since I only paid an unbelievable $15 for this beauty:

My friends and I met at night in order to take our preparation shots for the ball and I was happy to see that they had dressed up nicely, too. We were ready to rock the Yule Ball! And good thing we had those shots before, because since the ball was on university territory there was... no drinking. The constant and omnipresent lack of alcohol in the US takes a lot of getting used to. I still haven't adapted. Since I am very awkward at dancing anyway - mainly because I am hilariously bad at it - and alcohol usually brings out the Jacko in me, I didn't dance too much. It was awesome to be out with Lauren, Caroline and Chris again, though. We had some good times with iced water, cookies, cake and later that night with a couple of drinks at Lauren's house with her funny roommates! The DJ even played unclean versions of songs, with curse words and everything... Cheeky! There were mainly freshmen around, because let's face it, which self-respecting adult is still a Harry Potter fan (except for all the good adults who are)? 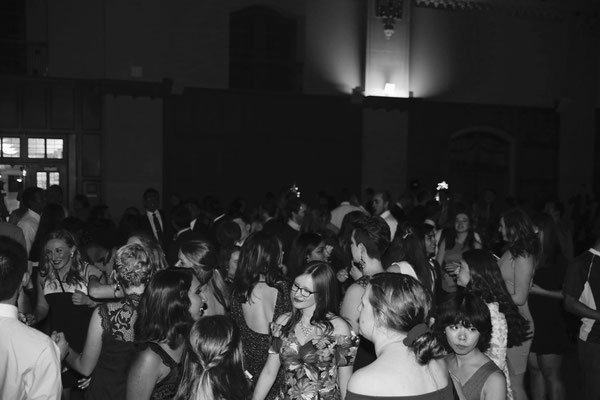 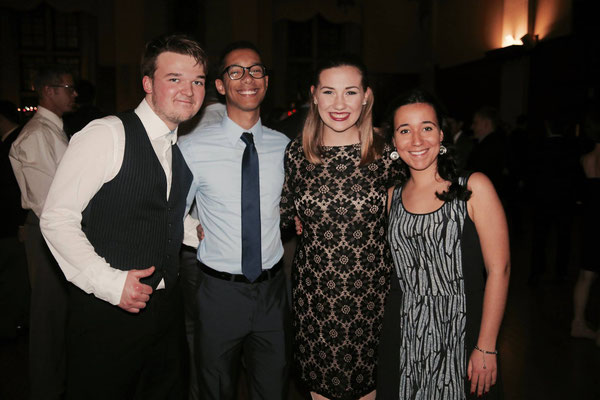 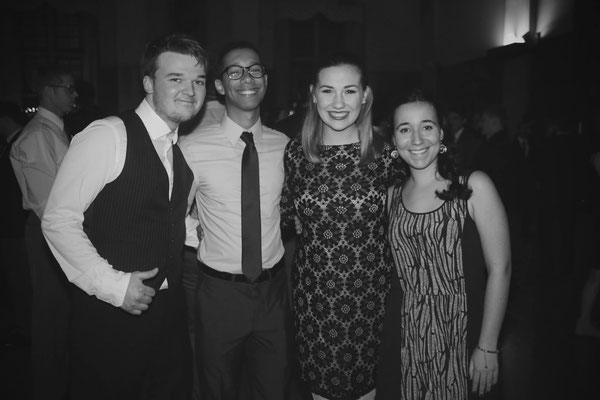 The highlight of the night was meeting Boris Johnson's son, John Borisson, who had come out to the Yule Ball on behalf of his father to initiate a referendum for Slytherin to separate from Hogwarts entirely. He said he was not going to leave until the 'Sexit' was through, just to abandon the chaos he had created with no remorse whatsoever:

I'm just kidding this dude, of course! The fake Boris Johnson was a nice bloke and maybe even in no way related to the real Boris. Since we forgot his name, we will never know...

Sleeping in is great! So that is exactly what I did on Sunday morning! After a thorough work-out and a quick supper I met up with Katharina. She's an exchange student from the University of Tübingen, too, and discussing the world's most important and random issues with her is fun! After a cozy coffee and some serious Bigtalk we went to see a... well, I'm not sure how to describe it... It was a talk on the American National Anthem - very interesting, because patriotism - supplemented by live music performances of singers. Not just any singers but singers who were REALLY good. Their voices sounded absolutely overwhelming in the Museum of Art.

We grabbed a bite to eat afterwards and went home through the foggy night after the restaurant had kicked us out, because, understandably, they wanted to close. 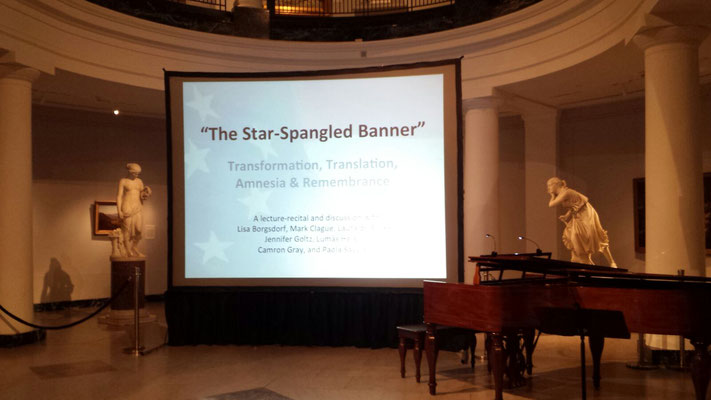 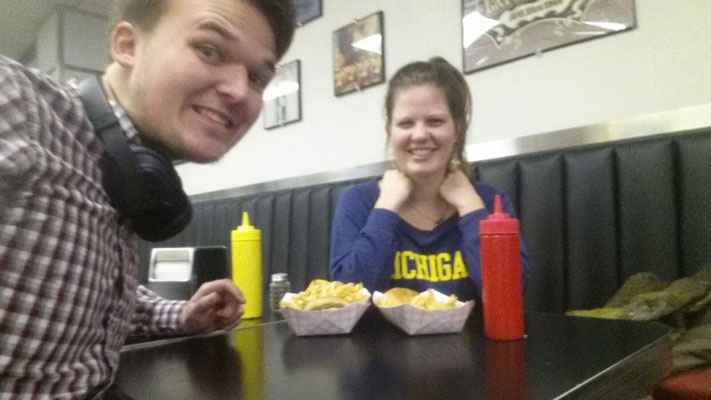 I'm probably going to have to pay for refusing to do anything for uni this weekend. I'll either suffer massive sleep deprivation over the course of the week or do badly on one of the 3 tests. I'm glad I had a weekend for my social life, though! I don't regret anything...