Bus stop, wet day, I'm there, they say, we have no umbrella.

Waiting for the bus...


In Germany: Annoying.
In Sweden: Why would you wait for the bus?
In Japan: What's a bus again?

In the United States: Your slow and painful death.

This is a story about me. It is about me waiting. Me waiting for a bus. Waiting for a bus in the USA. A story that makes me miss my unreliable, yet occasionally functioning car back home in Germany.

First off, I have to mention two things:


1. When I talk about public transport in this article, I don't mean the red line from downtown Manhattan to the Bronx. I mean buses in provincial areas, which, logically, make up most of the nation's public transport system.


2. Public transport is for poor people. Every self-respecting American who can afford a car, affords a car. Alongside the wooden house, the perfect front yard and the white fence it is part of the American Dream, the national identity, the very essence of what it means to be American. With 127,576,670 registered cars, the States easily top the list for most personal vehicles in a country. They exceed China, a billion-inhabitant country, by 200%. This might give you an idea of how important cars are to the American lifestyle. And it makes sense! This is a huge country. Nevertheless, you only ride the bus if you have to.

My only decent pair of pants had ripped in an unfortunate location. So, I had to get new ones. I was in a bit of a hurry since I wanted to make it to my 12 o'clock class. I checked Google Maps for the quickest route and arrived at the closest bus stop on time. After the obligatory five-minute-delay, the bus came by to pick me up and let me out at the mall about 15 minutes later. I walked right into the clothing store of my choice, tried on one pair of pants and bought them (I'm stereotypically uncomplicated when it comes to clothes). This is where the fun starts:

While I was buying the new pair of pants I'm wearing right now, it had started to rain. This might not pose a problem in an area where you have an adequate number of roofed bus stops. In the US, however, that is rarely the case. With my new pants in a plastic bag, I stepped out of the store. I knew my coat would protect me from the increasingly heavy rain for about seven or eight minutes before surrendering to it and soaking through. That was about the amount of time it would take me to run from the store to the bus stop, look at the schedule, run back to the store to seek shelter and then to run back to the bus stop again to catch the next bus. I exhaled one last time and my breath turned into a whirling wave of fog, levitating from the sheltered entrance area of the store out into the gray day, slowly dissolving in the thick curtain of rain. Then, I ran for it.

When I arrived at the bus stop, I felt I had done a good job escaping as much of the cascades pouring down on me as possible. A look at the shiny surface of my normally dead-black coat proved me wrong. My eyes rapidly darted over the schedule, which was pinned to the post of the bus stop. It didn't take long to find what I was looking for.

"Line 4, Monday through Friday, between 10 am and 6 pm, arriiiiives... approximately every 20 minutes? What the hell is that?"


The problems, of course, which this kind of schedule spawned were twofold. Firstly, I didn't know whether I was going to make it to my class in time. Secondly, there was no way for me to guess what time would be best to leave my shelter and await the bus in the rain. There was absolutely no way I was going to potentially miss the only bus that could take me to class in time; so, I waited in the rain. Let me walk you through this, very... memorable, experience: 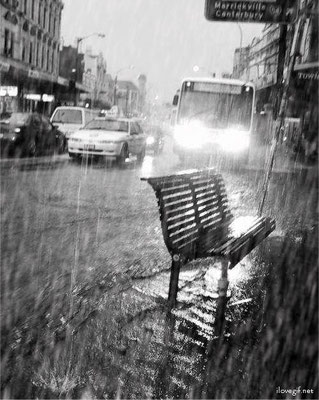 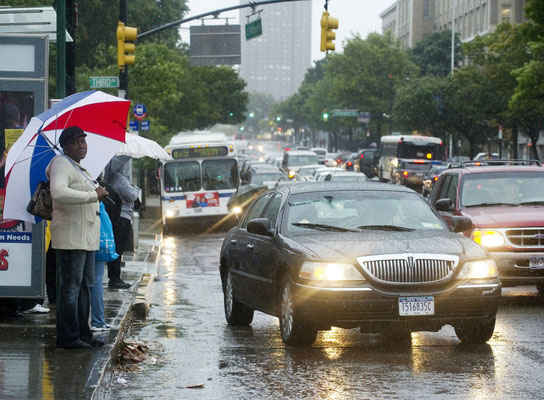 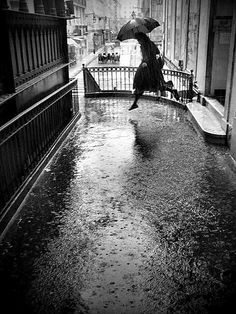 After 32 Minutes: My suffering has come to an end...

...No, I didn't die. A bus arrived eventually. 12 minutes late and on a schedule, that forces you to wait out in the rain for god knows how long. This incident gave me a massive cold. I didn't make it to my class, either. I was just incredibly glad when I made it home, took off my clothes and just fell into bed to warm up in new, dry, warm, life-giving clothes.

What's the moral of the story? Well, for one, don't trust public transport in the States. It will try to kill you! But much more important are the positive aspects of this experience. You didn't see any positive aspects in the story? Think about it: I am never going to have a worse time waiting for a bus (which was proven yesterday when I waited out in the cold for my bus for over 20 minutes and really couldn't be bothered to care). I am going to appreciate any functioning public transport system much more from now on. I am going to appreciate my car much more from now on. I bought an umbrella (which isn't necessarily a good thing, but it's green and it brightens my days). And last but not least I had a day off for a change. Sometimes you really have to be forced into relaxing by circumstances you cannot control.

I am going to keep these positive aspects in mind and remember the bad ones as well, but I won't be thinking about them too much anymore, much less be upset about them. Because what good would it do if I was?